I dabble in Japanese cosmetics because of their popularity here in Asia but I always often myself getting overwhelmed with the sheer amount of product choices they offer. Because of this, I’ve stuck to the more popular ones namely, Majolica Majorca, K-Palatte, etc. But during my trip to Hong Kong, I was feeling bolder than usual and I really took the time to explore Sasa. It’s been a while since I last picked up a liquid liner and I decided it was finally time to try out the very famous Dolly Wink Liquid liners.

I always found the packaging of Dolly Wink too distracting especially with each of them containing a photo with a cute Japanese model heavily clad in Gyaru style makeup which is TOTALLYYYY not my style. Of course these images provide inspiration on how to use their products but it just had huge effect on me which prevented me from trying out the popular brand until recently. Also, I found out that Dolly Wink is produced by  Tsubasu Masukawa, a Japanese model who was very popular in the Gyaru scene. She began he makeup line shortly after she retired from the Gyaru scene. Her fake lashes with clear bands put Dolly Wink on the map but for now, I’ll be talking about the liquid liner.

The third edition of the Dolly Wink Liquid Liner in deep black has graduated from Dolly Wink’s cutesy-amateur-looking packaging with the lavender flowers printed on top of a pink tube. Well, it hasn’t completely moved out of the overly cutesy spectrum but at least it now features a more elegant design with golden swirls printed on a pinker tube. This may not matter to some people, but it really makes me like the product more. The old packaging bugged the heck out of me. Teehee. 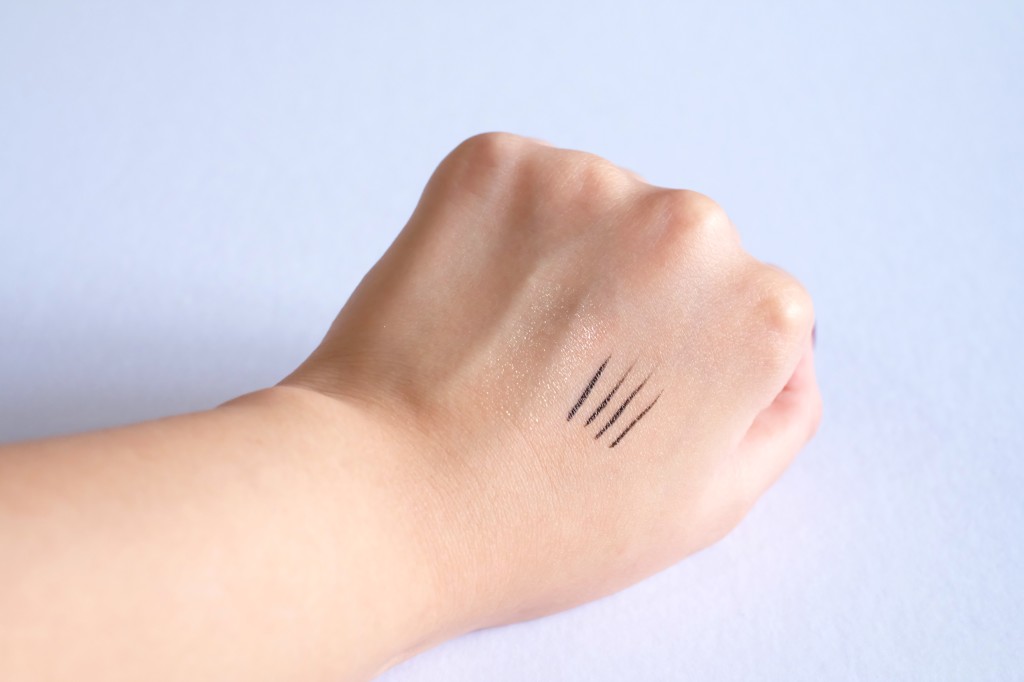 The new formula of the Dolly Wink Eyeliner promises a more opaque shade than before. I haven’t tried the previous Dolly Wink eyeliners but these are definitely opaque. Even still, the K-Palette’s formula is a bit more pigmented. It also has a semi matte finish. I like how it doesn’t dry too fast because it allows me to reapply and to fix my line by adding more layers. Finally, I love how it doesn’t flake out.

The tip of the Dolly Wink Liquid Liner is what I think makes this eyeliner so special. The tip is sturdy enough for optimal control in creating lines. But my favorite part of this eyeliner it’s the ultra fine tip. It’s perfect for girls like me who prefer natural looking lines, just enough to make the eyes pop but nothing too dramatic. This is my first time to have been able to really get the liner into the inner corner of my eyelids. With my other liners, it’s almost impossible to do this because the tips are often too thick and the liner ends up getting into the corner of my eyeball. 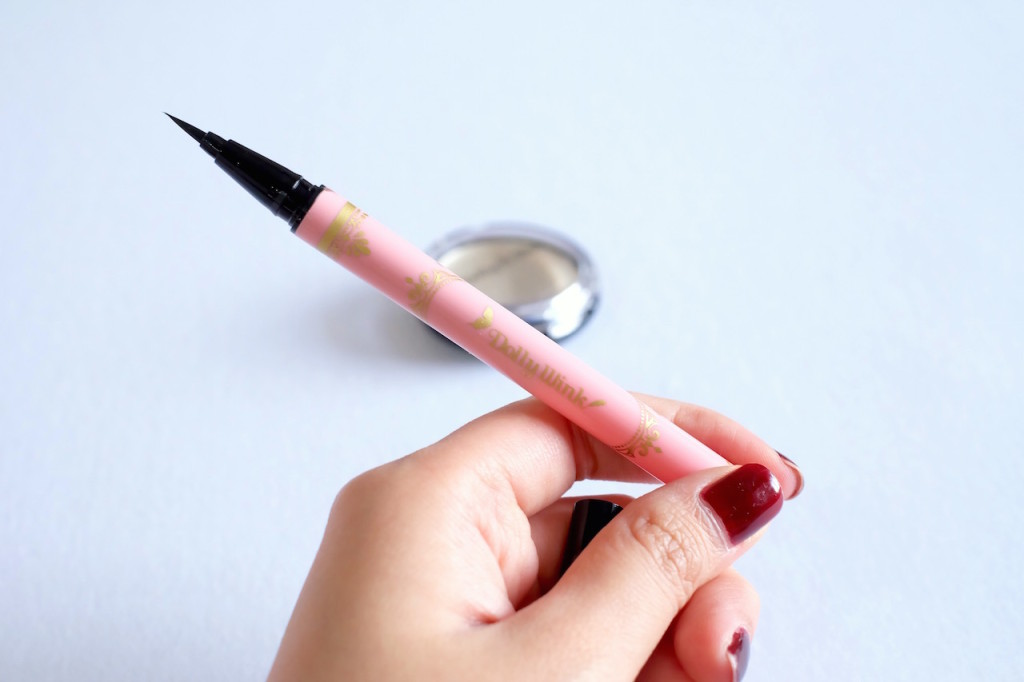 It can last all day on my lids provided that my body doesn’t sweat easily. Although it’s supposed to be easily washed off by water but I really don’t like trying to get makeup out with just water because doing so requires having to rub the skin. The skin on the eyes are extremely sensitive so I rather just remove the liner with a makeup remover.

I’ve been a loyal fan of K-Palette because it really is one of the best liquid eyeliners out in the market. However, to suit my Pond’s-girl-fresh-look phase, Dolly Wink serves this purpose better. I find that K-Palette has a slightly thicker tip which can still create precise lines. But it’s a little more intense the Dolly Wink. Formula-wise, I find that both are quite similar. But K-Palette’s formula is slightly more opaque.

Like I said, I really love this eyeliner because of its precise and fine tip. I get a very unique experience out of it but I still also love my other liquid liners such from K-Palette and Kat Von D. I recommend this to those who like natural looking lines. Although, one can still easily create thicker lines with the Dolly Wink Liquid Liner as well.

These are available in The Ramp Crossings and also in various online shops on Instagram. 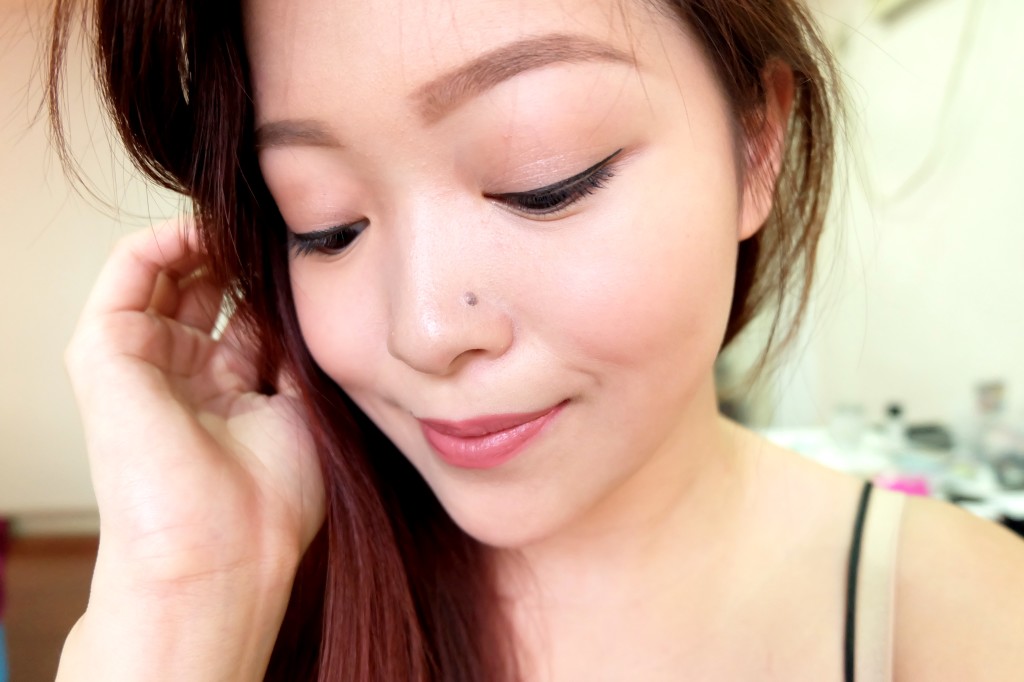